On the 21st of December, 1990, two notaries, Mr Michael Becker and his former associate, were sworn into office before the then president of the Dresden municipal court. On the steps of the courthouse they agreed to form a joint practise. In the aftermath of the reunification of Germany, suitable office space was hard to come by. The first chambers were on Bautzner Straße 118, adjacent to the former East German security service building. These chambers were unfortunately too cramped. One big room had to be shared with a tax adviser, an accountant and their respective staffs. Unfortunately every time a notarization occurred, non-involved staff were forced to vacate the office.

In March 1991, the firm moved into the ground floor of Friedrich-Engels Straße 17, later re-named Koenigstrasse 17. It is not just the name of our street that has changed though, virtually all the buildings on Königstrasse, including our own, have been thoroughly refurbished and modernised throughout. Königstrasse is now restored to the picturesque street it once was in a different age. These new premises came with a considerable amount of space, with six rooms as well as meeting rooms offering a pleasant working environment. 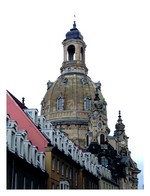 The dawn of the millennium brought a new challenge for the practise with the firm branching out into property auctions. Auctions take place in Dresden four times a year in association with the Sächsische Grundstücksauktionen AG, a company conducting real estate auctions in Saxony and the surrounding federal states.